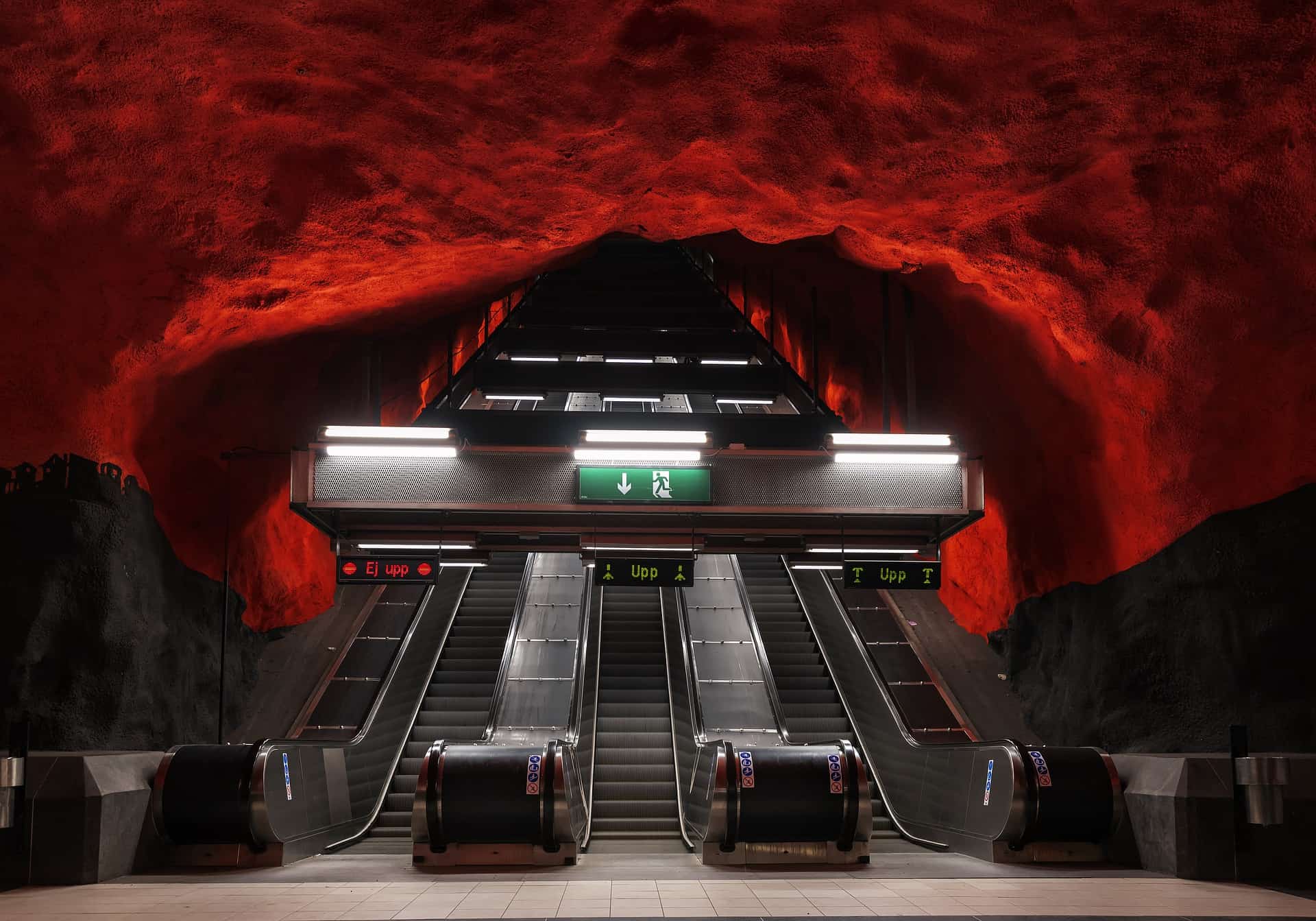 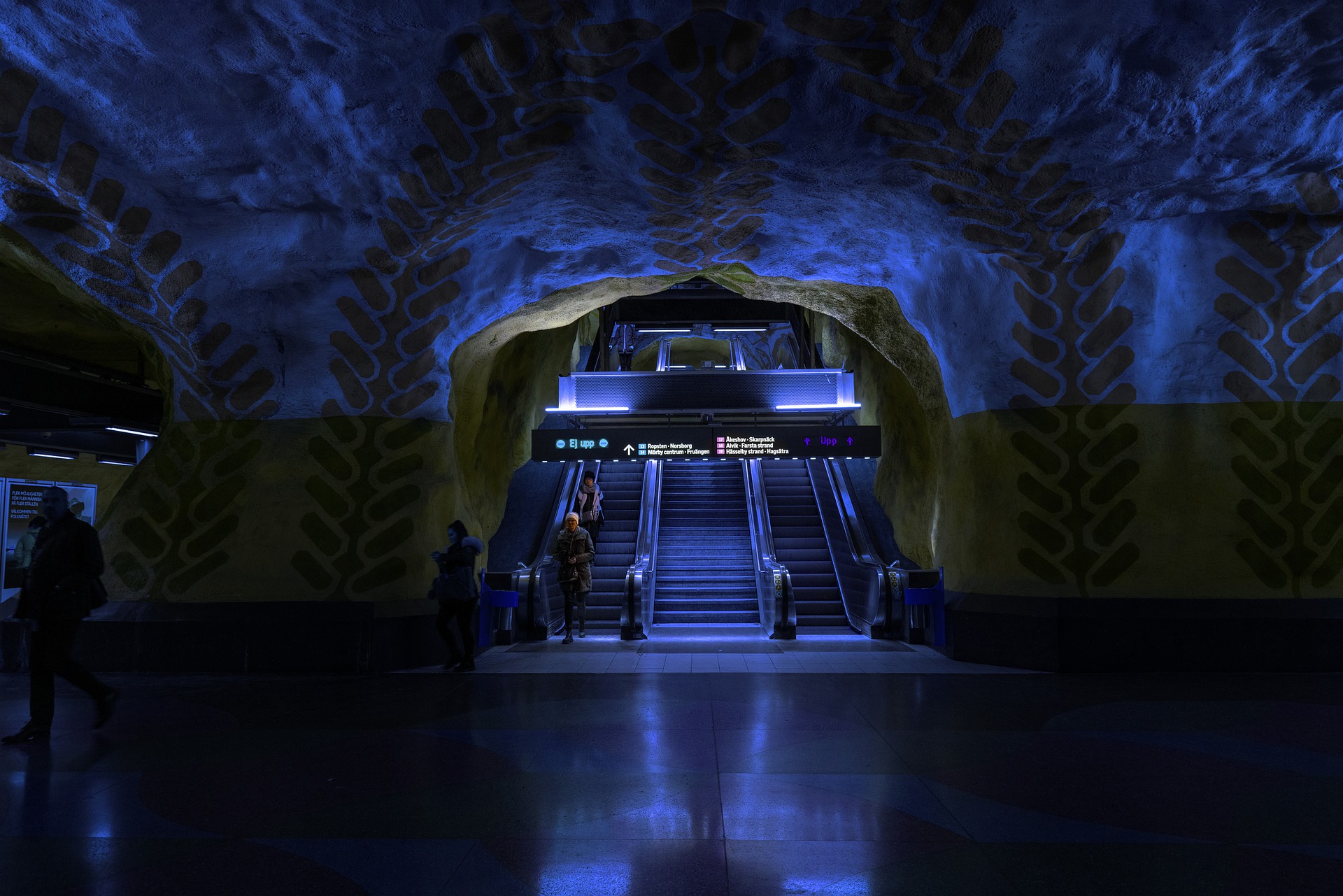 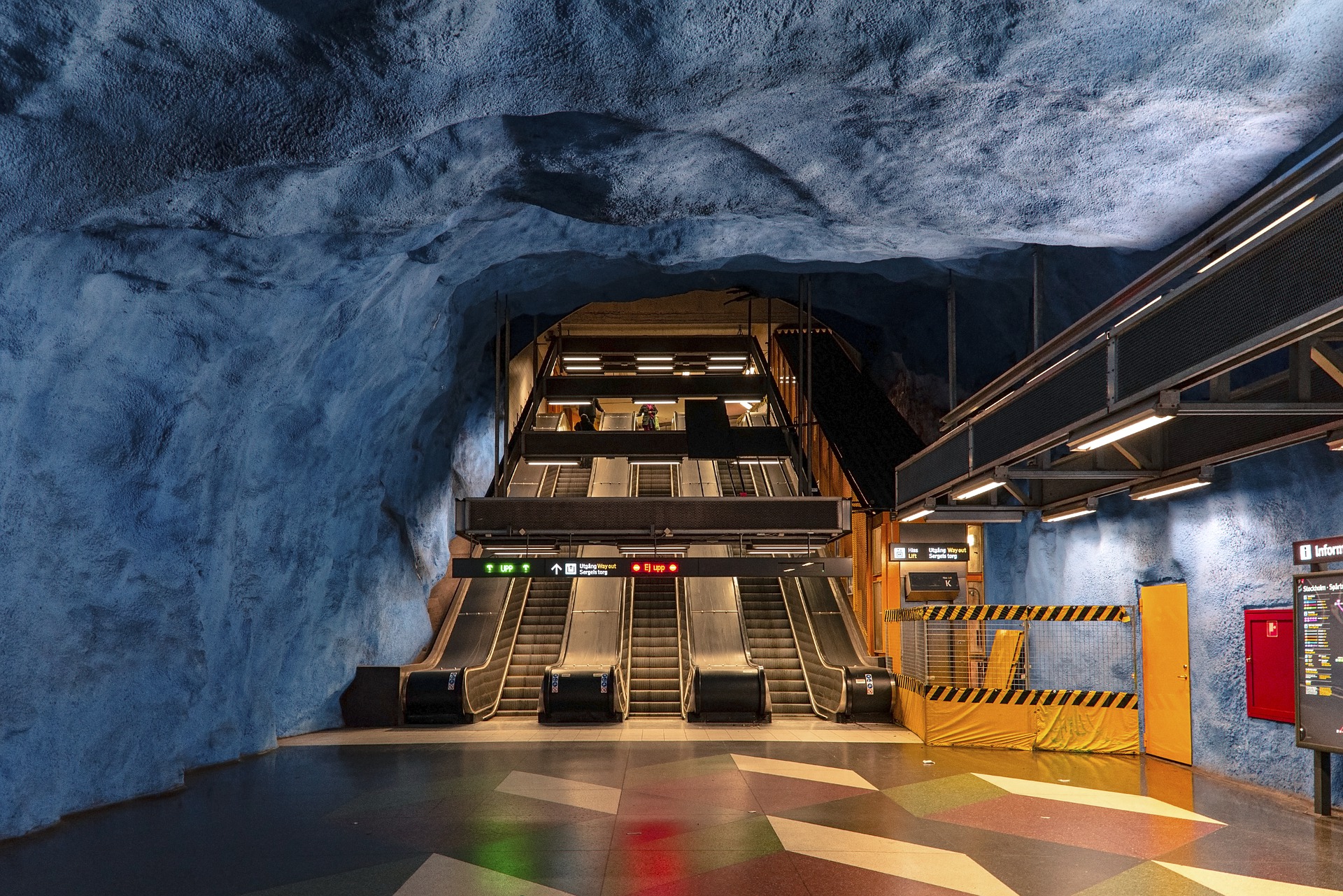 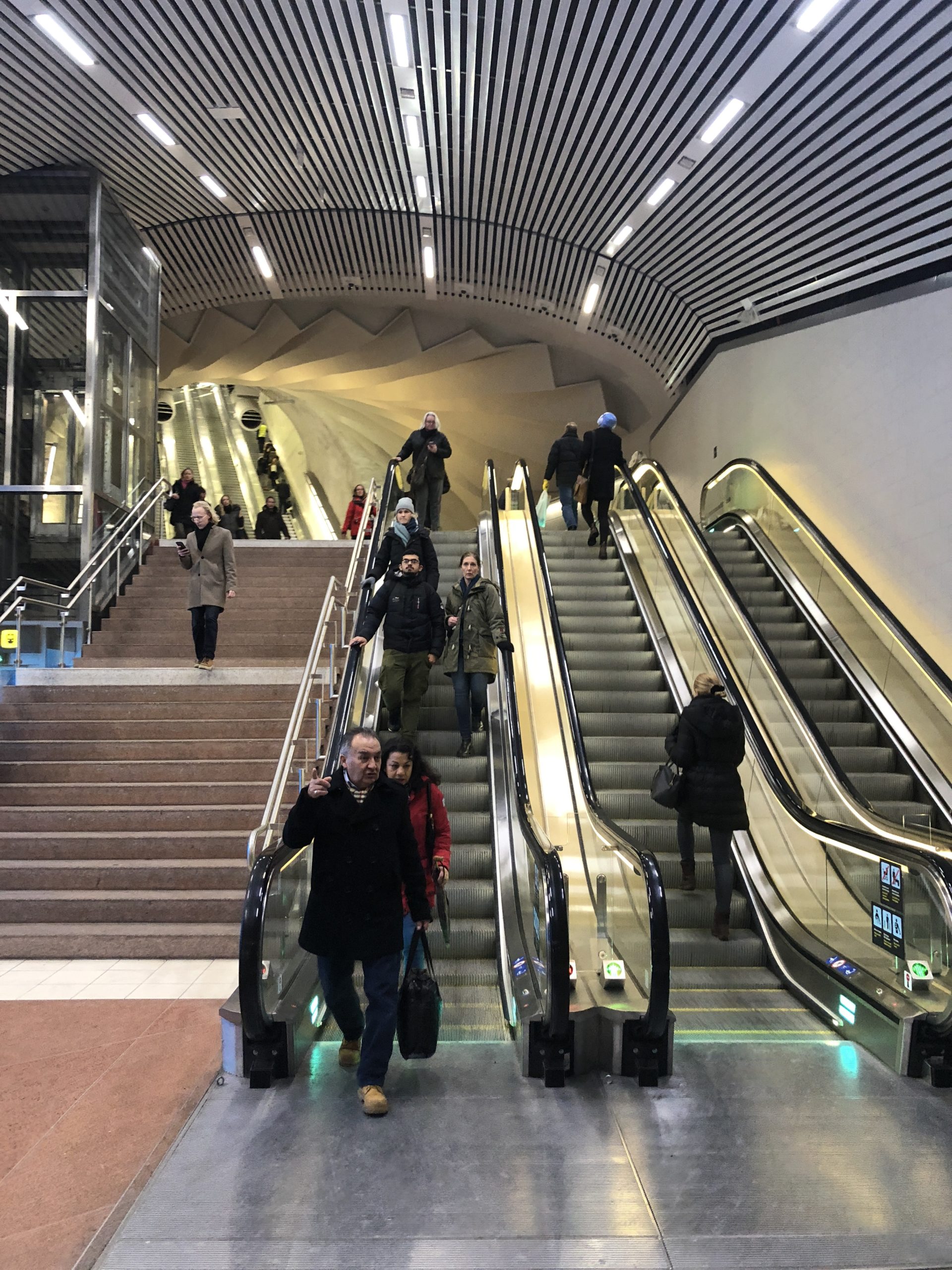 The Stockholm metro is a rapid transit system in Stockholm, Sweden. The first line opened in 1950, and today the system has 100 stations in use, of which 47 are underground and 53 above ground. In 2017, the metro carried 353 million passengers, which corresponds to 1,2 million in a normal weekday. The 105.7-kilometre-long metro system is owned by the Stockholm County Council through the company Storstockholms Lokaltrafik (SL). The operation has been contracted to MTR Nordic since 2 November 2009.